After being leaked a number of times, the Galaxy A7 has been officially announced by Samsung. The Galaxy A7 (SM-A700) is now the most feature-packed smartphone in the Galaxy A series. Just like the Galaxy A3 and the Galaxy A5, the Galaxy A7 has a metal unibody, and is just 6.3mm thin. It features a 5.5-inch FHD Super AMOLED display, an octa-core processor, 2GB RAM, 16GB internal storage, microSD card slot, and a 2,600 mAh battery. There’s a 13-megapixel primary camera on the back with autofocus, LED flash, and 1080p video recording abilities. The 5-megapixel front-facing camera can be used to click enhanced selfies, thanks to features like Wide Selfie and Beauty Face. Even the rear camera can be used to capture a selfie using the Rear-Cam Selfie feature. The Galaxy A7 comes with Android 4.4 KitKat, but we think that it will be updated to Android 5.0 Lollipop very soon. Priced at €509, the Galaxy A7 will be available for purchase starting the end of Q1 2015.

The device will be available in two variants; a single-SIM version and a dual-SIM version, both featuring LTE connectivity. The single-SIM variant of the Galaxy A7 uses a 32-bit Exynos 5430 chipset with Ericsson M7450 modem, while the dual-SIM variant uses a 64-bit Snapdragon 615 processor (MSM8x39). Other connectivity features include Wi-Fi 802.11 b/g/n, Bluetooth v4.0, A-GPS + GLONASS, NFC, microUSB v2.0 port, and a headphone jack. The device is rich in terms of sensors as well, featuring an accelerometer sensor, proximity sensor, geo-megnetic sensor, RGB sensor, Hall sensor, and an ambient-light sensor. 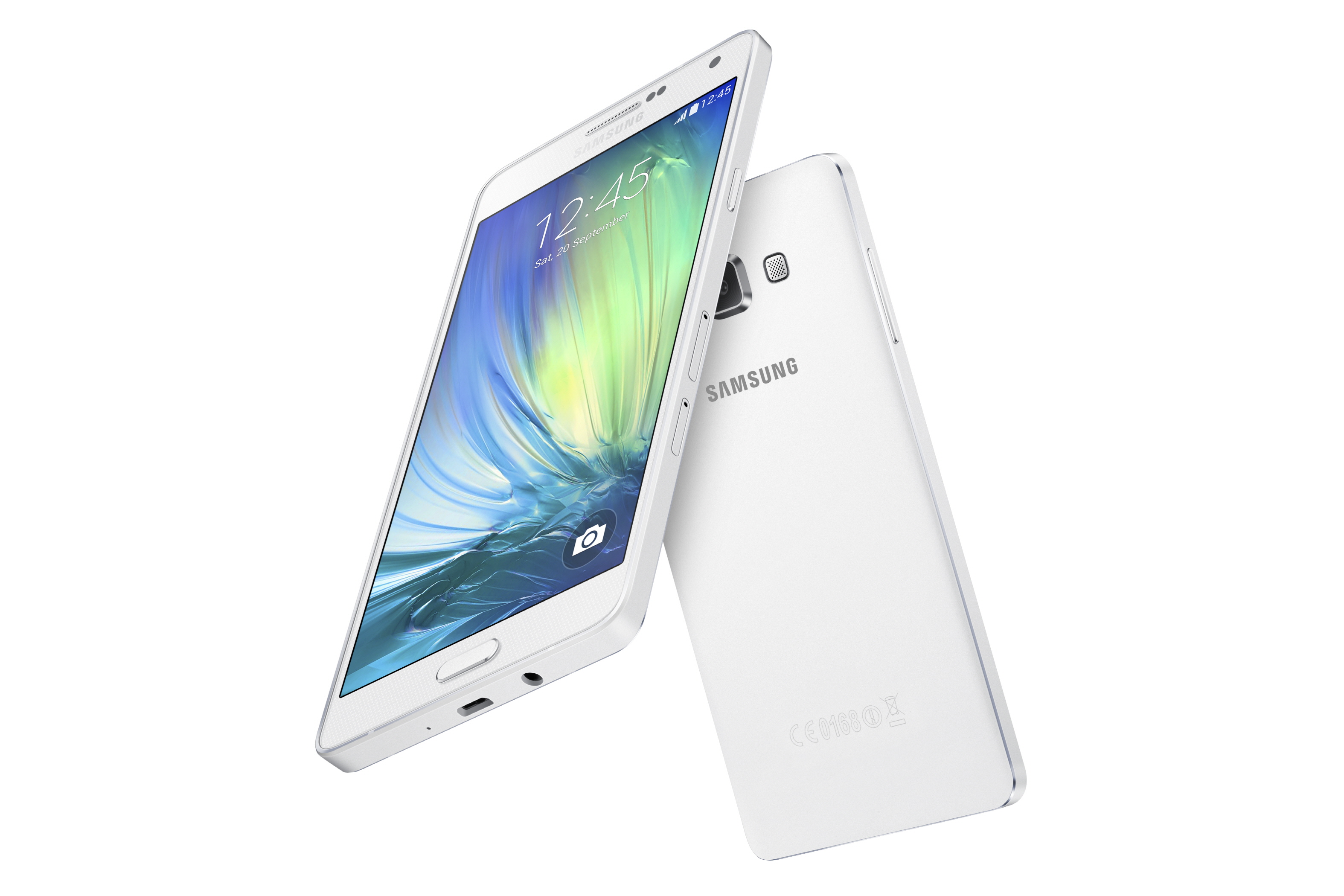