The images and specifications of Galaxy Golden 2, which was leaked a couple of days ago through a user manual, have been revealed as it passed through TENAA certification. As per the certification, the Galaxy Golden 2 SM-W2015 features dual 3.9-inch HD Super AMOLED displays (one on the front and one in the inside), a 2.5GHz Snapdragon 801 SoC, 2GB of RAM, and 16GB of internal storage along with a microSD card slot (up to 64GB). There’s a 16-megapixel primary camera with 1080p video recording ability and a 3.7-megapixel front-facing camera.

As per the certification agency, it doesn’t support TV out functionality. Considering that it has passed through TENAA, it won’t be long till its official announcement or release but its availability will mostly be restricted to China. 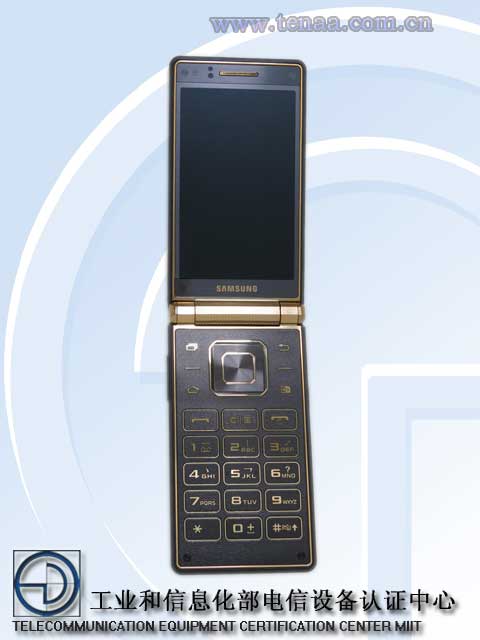 Here are some live pictures of Samsung’s clamshell Galaxy Golden