The user manual for the Galaxy Golden 2 has been leaked, revealing its specifications. Unlike its predecessor, the Galaxy Golden, the new flip Android 4.4 based smartphone is a high-end device with upgraded internal hardware and better displays. It features dual 4.6-inch Super AMOLED displays with WXGA (1,280 x 768 pixels) resolution, a Snapdragon 801 processor with Adreno 330 GPU, and 2GB of RAM. Matching the Galaxy S5 and the Galaxy Note 4, the Galaxy Golden is equipped with a 16-megapixel primary camera with 2160p 4K video recording but there’s no information about the sensor which has been used by Samsung. It’s front-facing secondary camera has a resolution of 2 megapixels.

Other than the presence of two microSIM card slots, there are no specific details about the connectivity options on the Galaxy Golden 2 (SM-W2015) but we are sure it would come with standard options such as Wi-Fi, Bluetooth, A-GPS, and a microUSB port. The Galaxy Golden 2 might be an exclusive release in China so you might not be able to buy it, if you are in to flip phones. 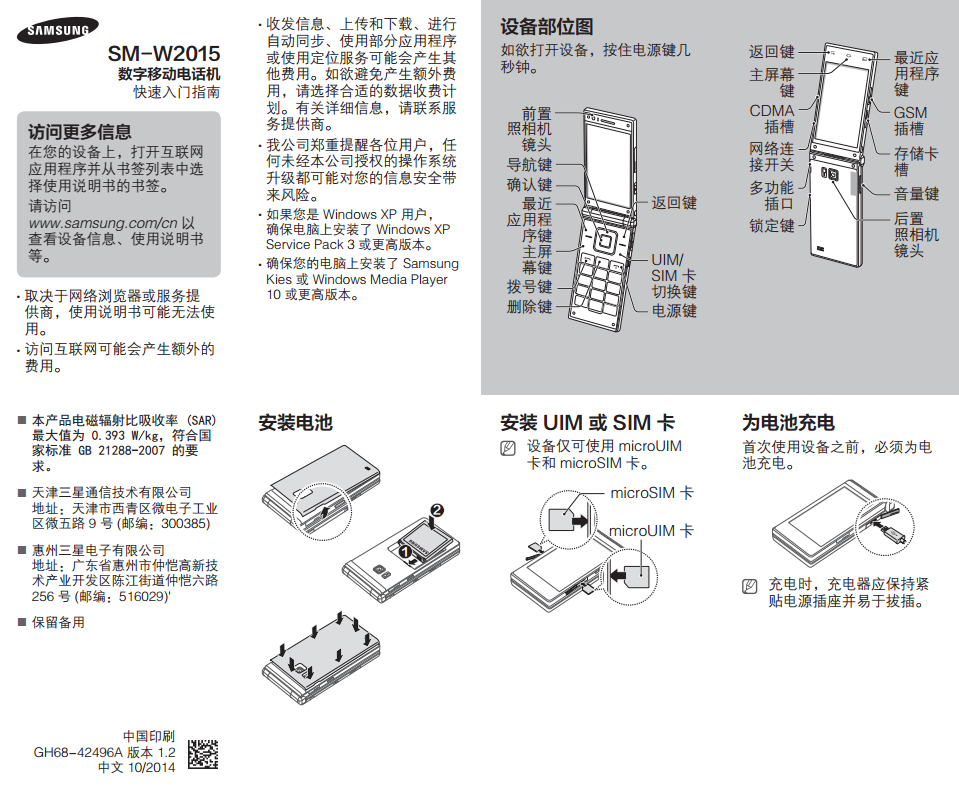 The images and specifications of Galaxy Golden 2, which was leaked a couple of days ago through a user manual, have been revealed as it passed through TENAA certification. As per the certification, the Galaxy Golden 2 SM-W2015 features dual 3.9-inch HD Super AMOLED displays (one on the front and one in the inside), a 2.5GHz […]

Samsung today announced their Galaxy Golden in India, making India one of the few countries to get an Android-powered flip phone from Samsung. Now this would’ve been a good launch but the phone is priced at Rs. 51,900. The asking price of the Galaxy Golden is higher than what Samsung’s top of the line Galaxy […]

Is it possible that Samsung’s Galaxy Golden, that cute little flip phone that was launched in South Korea recently, was a huge success for the company? Well, it certainly seems to be the case, as Samsung is reportedly working on a successor to that device, this time with a quad-core Snapdragon 800 processor under the […]

Remember the Galaxy Golden / Folder? Today we can confirm that Samsung will bring the GT-I9230 aka Galaxy Golden / Galaxy Folder to Asian countries like India. Some specifications of the device are: 3.7″ LCD display with a resolution of 480×800, 8 Megapixel back camera 1.9 megapixel front camera, Android 4.2, Samsung’s own Touch-Wiz Nature UI, […]

Here are some live pictures of Samsung’s clamshell Galaxy Golden

Remember the Galaxy Golden, that clamshell phone Samsung released recently with dual displays and a form factor that evokes feelings of the, um, golden days of mobile phones? The device hasn’t made its way out of Korea so there aren’t many images or videos of it in action, but thanks to one of our kind […]