It appears that Samsung might launch the Snapdragon version of the Galaxy Note 4 (SM-N910G) in India with 4G LTE connectivity. According to the import data, we were able to find out that Samsung has imported 1,672 units of Galaxy Note 4 (SM-N910GZWEINU) to India and its price is listed at INR 61,500 ($1004). According to the information available on Geekbench, this variant features a quad-core Snapdragon 805 processor and 3GB of RAM. When we dug deeper, we found out that SM-N910G supports 4G LTE connectivity on FDD-LTE (Band 1, 2, 3, 4, 5, 7, 8) and TDD-LTE (Band 38, 40) networks. It is expected be launched in India, Sri Lanka, and Singapore.

Samsung had launched two variants of the Galaxy S5 in India, one with octa-core Exynos 5422 processor and HSPA connectivity and the other variant with a quad-core Snapdragon 801 processor and 4G LTE connectivity. Samsung is expected to launch the Galaxy Note 4 in India on October 15 and this would be the first instance when India will be getting a Snapdragon variant of the Galaxy Note series smartphone. You should take this information with a pinch of salt as Samsung can change its mind any time. 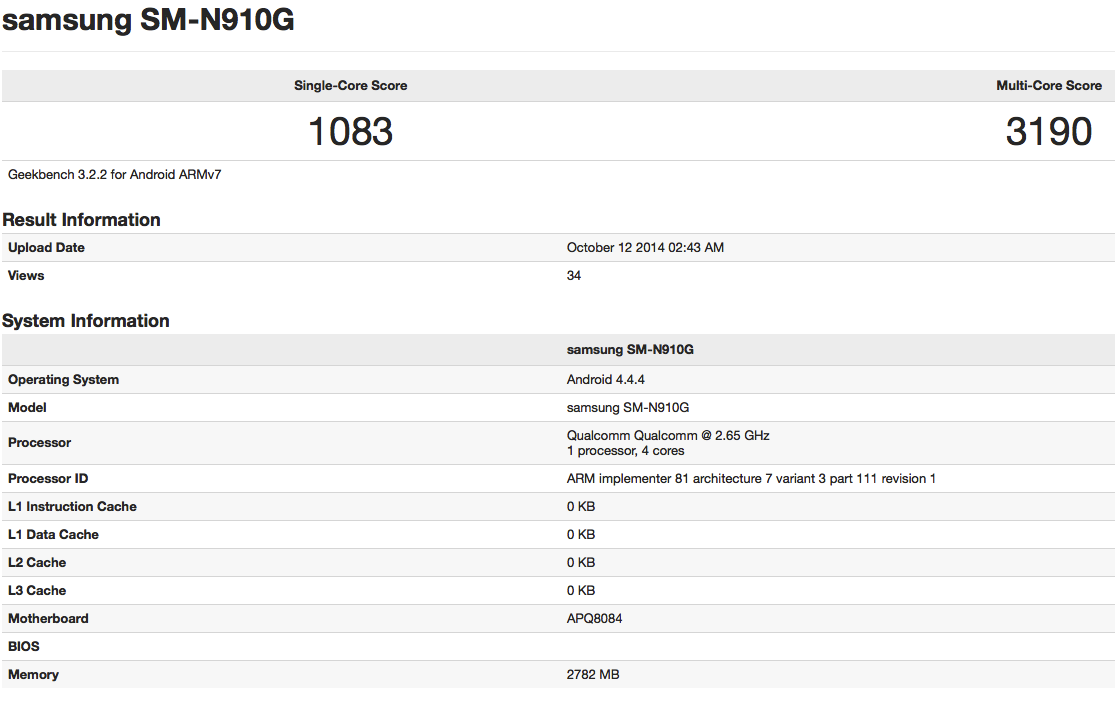