Nokia had announced HERE Maps Beta for Android last month, though it is set to be exclusive to Samsung devices. Last week, an APK file of HERE Maps (v1.0-124) was leaked and posted online. It was first spotted by El Android Libre and was working fine on other Android smartphones, but it later started showing an expiration message. Now, a new version of HERE Maps (v1.0-172) has been leaked which no longer displays an expiration popup. According to AndroidMX, HERE Maps Beta has already been listed on Samsung App Store and it looks like the screenshot below was taken using a Galaxy Note 4. You can download the new version of HERE Maps Beta (v1.0-172) from here. Do let us know if it is working fine on your device.

HERE Maps was also announced for Tizen-based smartphones and wearable devices. The HERE for Gear app can be installed on Tizen based smartwatches while a specialised version of HERE Maps (Navigator) can be used on the Gear S for navigation without a need for a separate smartphone (thanks to the built-in GPS chip on the Gear S.) 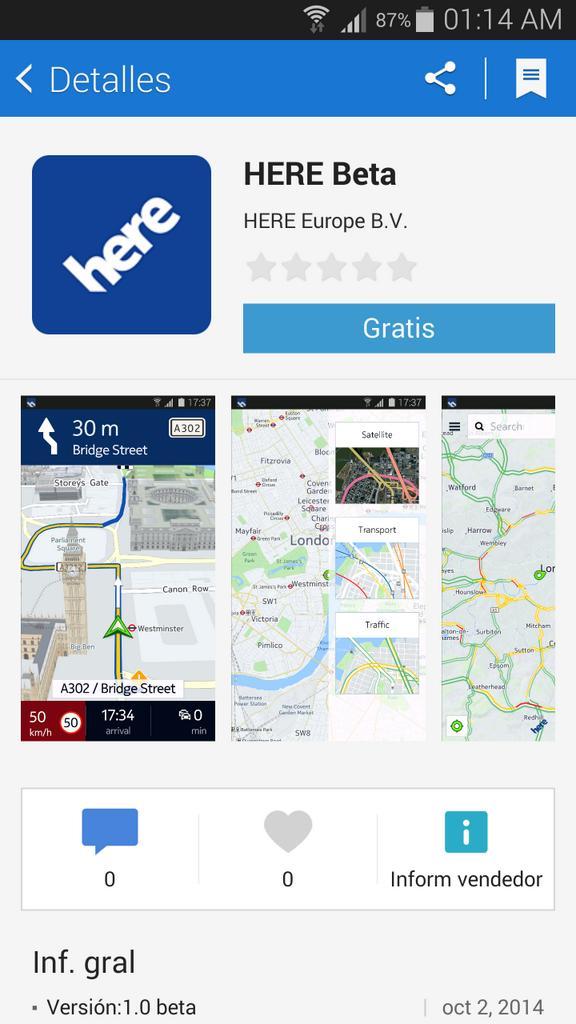 Here first teamed up with Samsung to create a maps and navigation app for its Gear smartwatches back in 2014. …

HERE has partnered with Samsung to produce a maps and navigation app for its Gear smartwatch line, particularl …

After announcing HERE Maps for Android in beta form, Nokia has also announced its maps and location service fo …

Nokia and Samsung have announced HERE Maps (beta) for Android, though the service will be exclusive to Samsun …