After announcing HERE Maps for Android in beta form, Nokia has also announced its maps and location service for Tizen based smartphones and wearable devices. HERE Maps offer voice-guided turn by turn navigation and offline access to reach user’s intended destination. HERE for Gear app can be installed on Tizen based smartwatches including the Gear S which was announced yesterday, to access a user’s current location on a map and get turn-by-turn navigation information for travelling through walk, drive or public transit.

All these features can be accessed on the Gear S through its Navigator app without a need to rely on a smartphone or an internet connection. When paired with a compatible Samsung Galaxy smartphone with HERE Maps (beta) installed on it, users can sync the route information on both the devices for better accessibility. HERE for Gear and HERE Maps (beta) for Android will be available to download when the Gear S hits the store shelves. 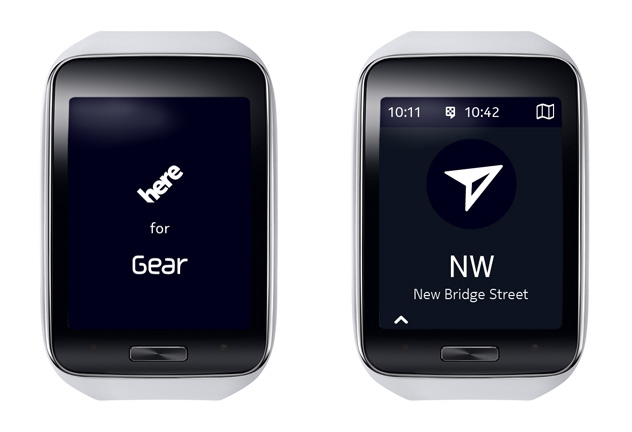 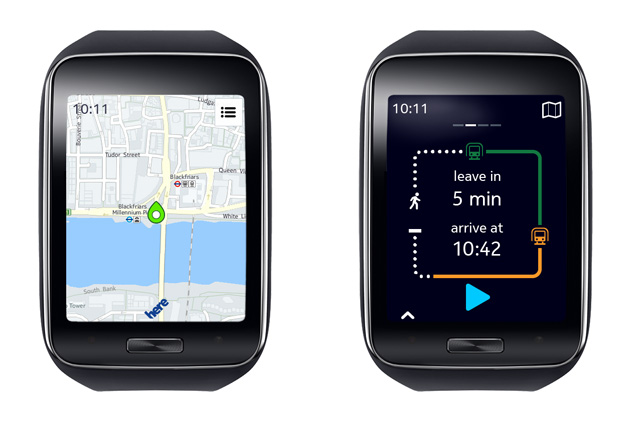 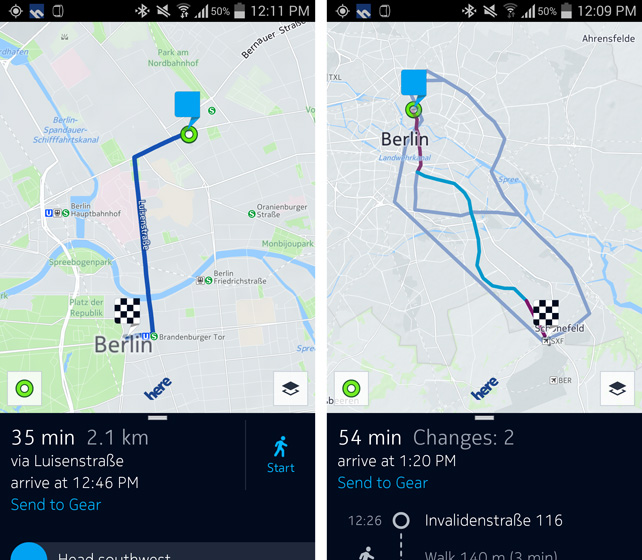