Samsung has been pretty consistent with releasing gold colored versions of its flagships phones in recent months, and now the Korean manufacturer looks to be turning its attention towards its mid-range devices. A gold variant of the Galaxy Grand 2 has been spotted on Samsung India’s website, giving future buyers of one of the company’s best-selling phones another color to choose from. Unfortunately, if you’re looking to this one up, you might have to wait a little as the phone is listed as out of stock for now, though that will likely change in the near future.

As expected, the change in color hasn’t resulted in a change of specs. You still get a 5.25-inch 720p display, 1.2 GHz dua-core Snapdragon 400 processor, 1.5 GB of RAM, an 8-megapixel rear camera, 8 GB of internal storage and a microSD slot, a 2,100 mAh battery, dual SIM slots, and Android 4.3, with an update to Android 4.4 KitKat already out. Sadly, the meager specs are still carrying a high price tag of around $340 (Rs. 20,900), at least in India, so the new color hasn’t changed the fact that the Galaxy Grand 2 remains a poor choice among a sea of newer budget handsets from other manufacturers, like the Moto G. 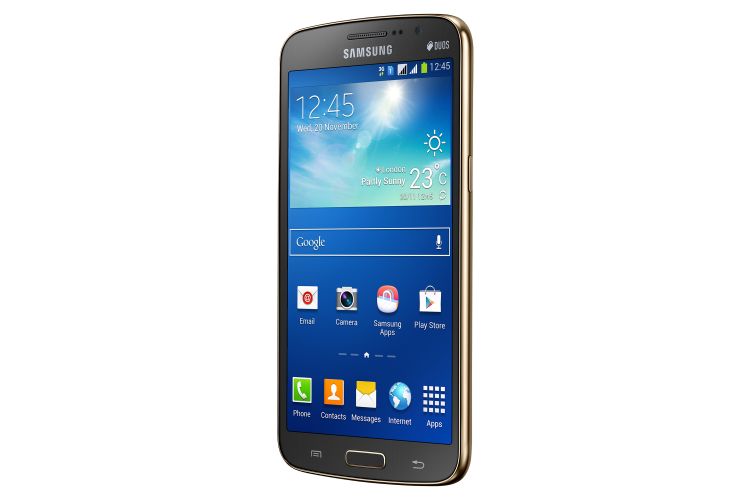 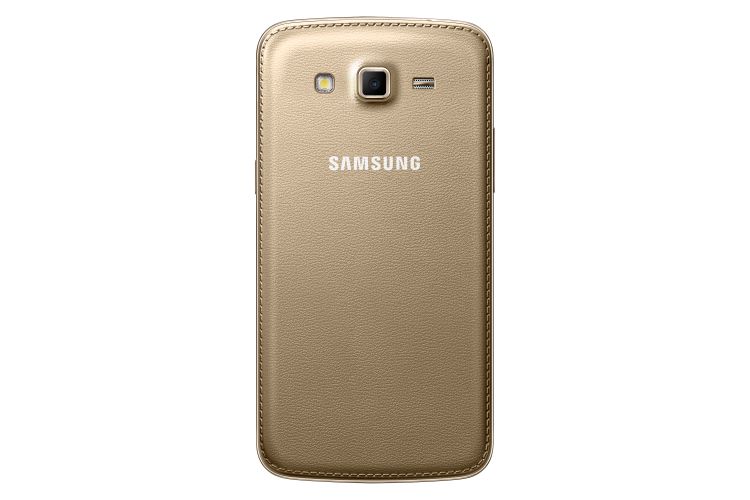 The dual SIM variant of Samsung’s second-generation Galaxy Grand is now making the jump to Android 4.4.2 KitKat, a little less than six months since its launch. The update seems to have debuted in India, which isn’t surprising considering the Galaxy Grand lineup has been a huge success in the country, and carries build number […]

Android 4.4 KitKat might have rolled out to quite a few Samsung devices already, but the update is yet to start making its way to most of the low-end and mid-range phones in the company’s lineup. We’ve heard that Samsung has been working on those updates and is also planning on bringing Android 4.4.3 to […]

Wondering which of Samsung devices will be getting the update to Android 4.4 KitKat, and when? Well, thanks to an internal document that we obtained from a tipster and have confirmed to be legitimate, we have a list of the Samsung phones that are getting the much awaited update. As you can see in the […]

Samsung’s affordable Galaxy Grand successor with a large display and LTE-A support has been announced for the South Korean market. The Galaxy Grand 2 boasts a soft touch and stitch design at the back, 5.25-inch HD (720p) display that has an Optimal Wide View for better viewing experience and is powered by a 1.2GHz quad-core […]