Samsung has taken to Twitter to tease a new announcement related to its Exynos SoCs, and it’s possible the company will announce the Exynos 5433, the next-generation Exynos chip that will power the Galaxy Note 4. While it might seem odd that Samsung would announce the chipset two months before the phone is unveiled, it’s not the first time it is doing so, with the Exynos 5410 – the first octa-core Exynos chip – from the Galaxy S4 announced a few months before the phone itself went official.

While there are no official details available on the Exynos 5433, our own sources had earlier revealed that it will feature an Intel XMM7260 Cat. 6 modem for LTE connectivity, finally bringing support for the ultra-fast internet standard to Samsung’s in-house SoC. This will enable Samsung to launch the Exynos variant of the Galaxy Note 4 in more countries than it has been able to with its flagships in the last couple of years, though there will still be a Snapdragon variant for some markets.

The Exynos 5433 should be an octa-core offering like its predecessors, with four Cortex-A15 and four Cortex-A7 processing cores, along with an upgraded Mali GPU. We should find out all the details tomorrow, at least if Samsung actually is teasing the new Exynos chip instead of something less interesting. 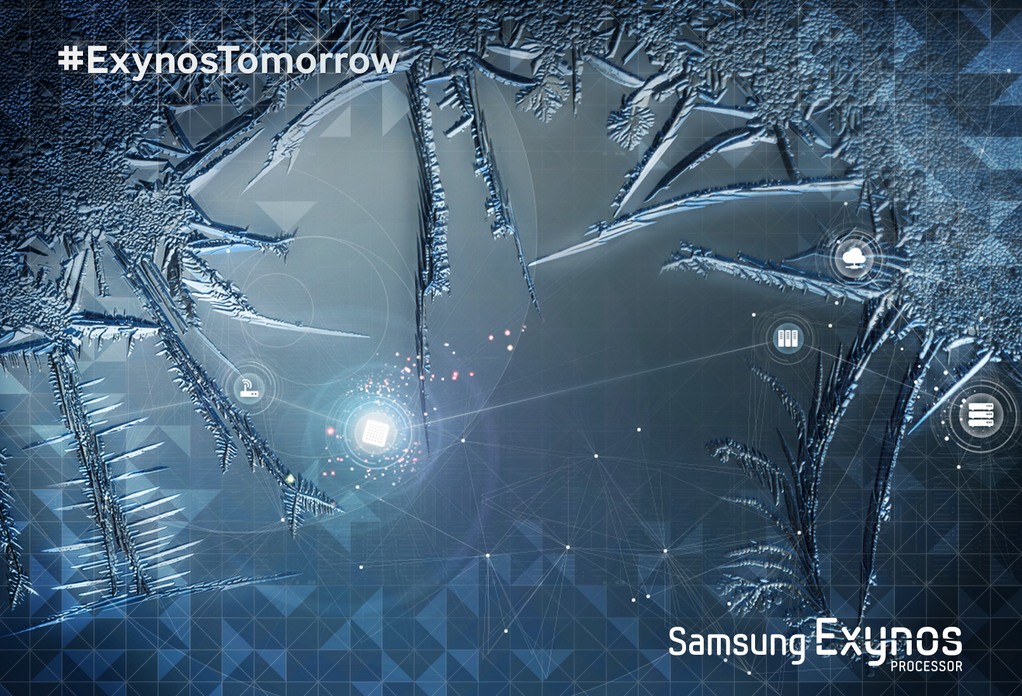