Samsung is all set to unveil new tablets with AMOLED displays, under the Galaxy Tab S moniker, on June 12. Online retailers often put up premature pricing on their websites for important upcoming devices, and the same has happened in case of the Galaxy Tab S. Finnish retailer Multitronic has listed both the 8.5-inch and 10.5-inch models of the Tab S – the Galaxy Tab S 8.5 is priced at €449.90 for the Wi-Fi model, and €563.90 for the LTE model. Meanwhile, the Galaxy Tab S 10.1’s Wi-Fi version is listed for €563.90, and the LTE model for €619.

As always, such premature price listings are never a good indication of the actual price a device will launch for – Multitronic has actually listed a June 5th shipping date for both models, which is enough to tell you that you shouldn’t be taking this too seriously. However, you can be certain the Galaxy Tab S tablets will cost an arm and a leg when they go on sale, though if those AMOLED displays are what we’re expecting them to be, we might be willing to turn a blind eye towards the high prices. 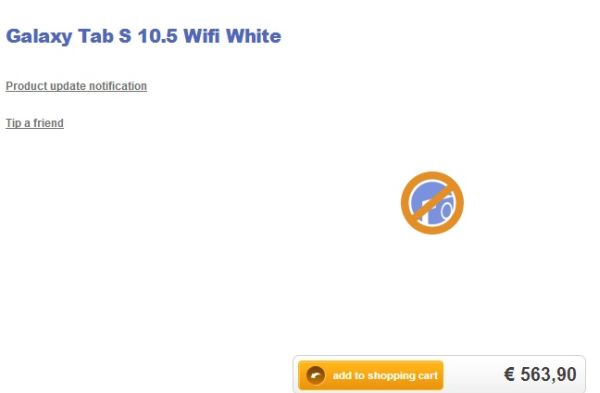