After announcing the Galaxy Note 3 Neo in India last week, Samsung has now started selling the device on its official e-store. The price of the handset is the same as its pre-order price, which was slightly lesser than what Samsung quoted during the announcement. The device is now available in India for Rs.38990 ($625). The pricing of the device is interesting, given the fact that the Galaxy Note 3 Neo is a trimmed down version of the Galaxy Note 3. It comes with a slightly smaller 5.5-inch 720p screen and Samsung’s new Exynos 5260 hexa-core CPU.

Most other hardware details have also been downgraded, like the 2 GB RAM to the 3 GB featured in the Galaxy Note 3. As such, the cost of the device becomes a huge factor. Currently, the Galaxy Note 3 is priced at around Rs. 43000 ($700), which isn’t that big of a difference from the Galaxy Note 3 Neo. However, Samsung is known to bring the price down after a few weeks of availability, so we will be monitoring the situation to let you know if there is a decrease in the cost. The pricing of the Note 3 Neo also brings about an interesting question, one that concerns the Galaxy S5. The Galaxy S5 price in India is rumoured to be north of Rs. 50,000 ($800), which is in line with what its price is in territories like the UK. Such a high price would deter the most loyal of consumers in India. We just have to wait and see how the situation pans out. 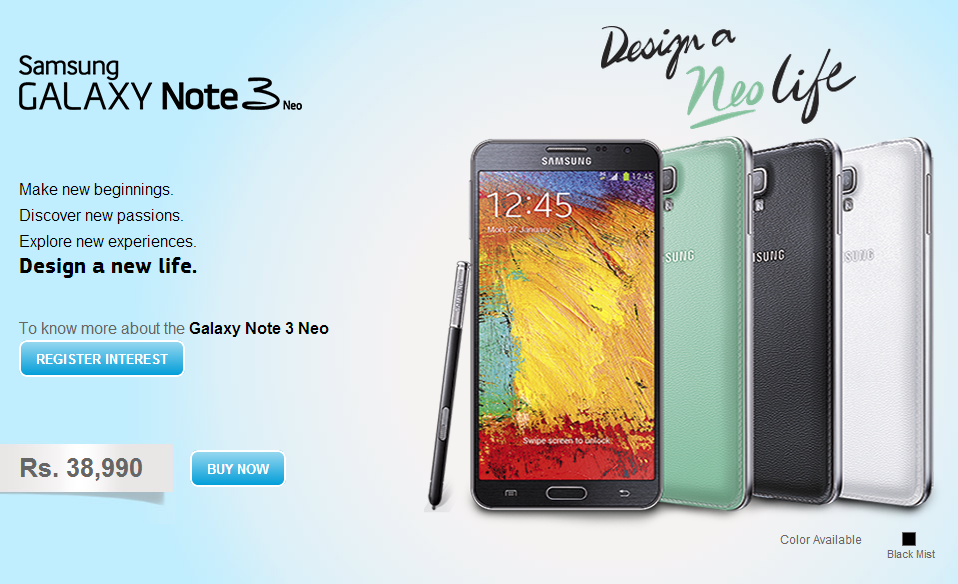