As the day when Samsung will announce the Galaxy S5 inches closer, we will certainly be seeing the anticipated device appear in an increased number of leaks and rumors. Today, the fifth-generation Galaxy S has appeared on Dutch retailer Typhone’s website, with a listing mentioning many of the specs of the device. The listing highlights a Full HD screen and 16-megapixel camera as major features of the phone – the 16MP camera is not unexpected, but it seems that not a single leak is willing to conform with the presence of a Quad HD (QHD, 2,560×1,440) screen on the device.

Early retailer listings aren’t known to be the most accurate, but it looks like we’ll have to come to terms with the fact that the Galaxy S5 could have a standard 1080p display on the cheaper model (the one that will have a plastic construction), while the QHD display would be exclusive to the higher-end model that’s rumored to include a fingerprint sensor and have a metal body. Of course, it’s entirely possible that Typhone has simply put up a placeholder page with details taken from earlier rumors; thankfully, we won’t have to wait long to get all the official details from the horse’s mouth. 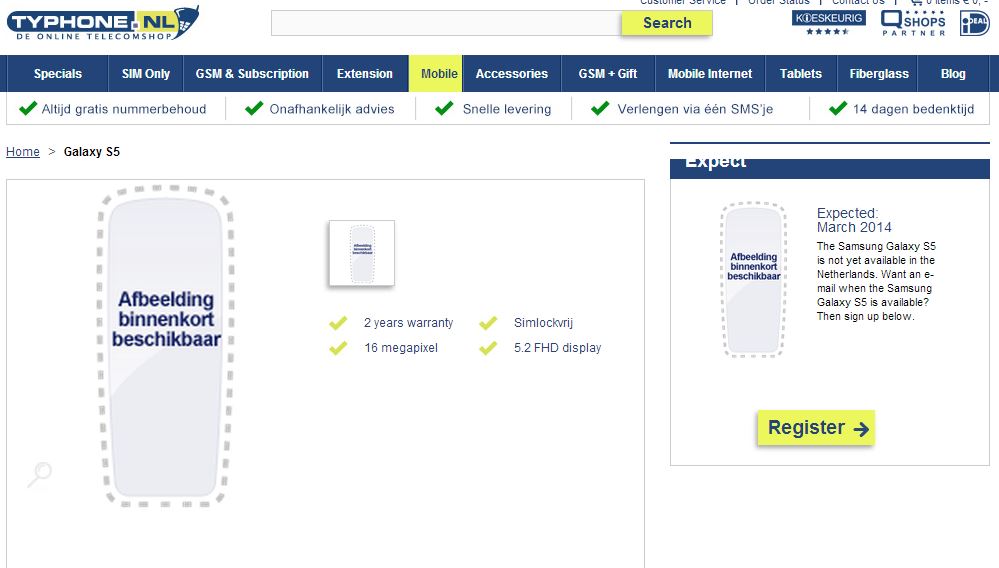