Samsung is likely to launch a plethora of various smartphones this year like did in the previous one, and it looks like a device with model number SM-S780L is one device that could be unveiled in the coming weeks. The SM-S780L was caught visiting Samsung’s website, and its user agent profile has revealed that it has a 720p display and runs on an unknown version of Android. It also received Wi-Fi certification a couple of days ago, and according to Blog of Mobile, could be launched as an exclusive for a South Korean operator by LG U+.

That’s about all the info that is available on the SM-S780L at the moment, and judging by the uncommon model number scheme, we may or may not see the device get an international launch. As always, with every other unannounced Samsung phone, we can only keep our fingers crossed that it serves a useful purpose instead of being yet another new smartphone just for the sake of it and adding to the company’s already expansive list of existing devices. 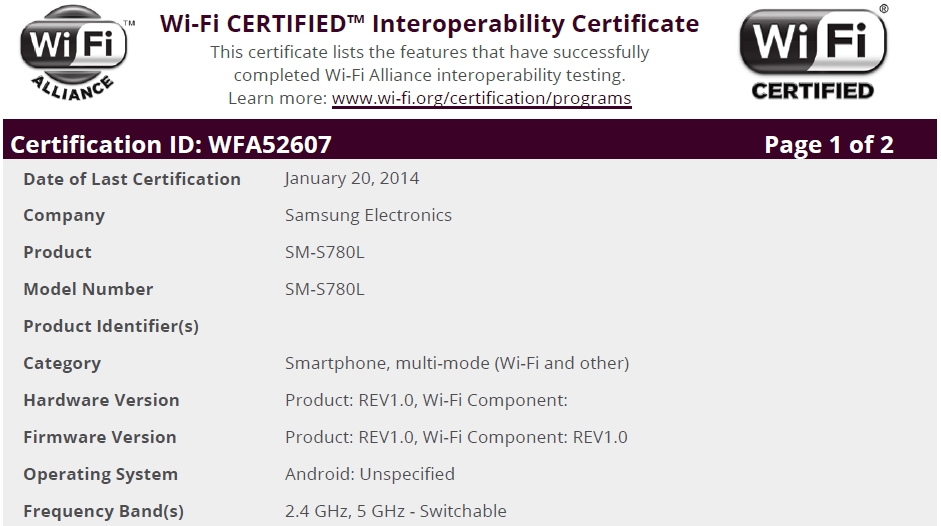