Samsung is associated with the Olympic Games and banking on their association, Samsung has released their special Olympic Games Edition Galaxy Note 3 device.

The phone is available only in Netherlands and the special edition brings a special packaging along with a Olympic Games cover, tickets to skating sessions in Amsterdam Olympic Stadium or a jackpot to witness the Olympic Games live from Sochi.

The Galaxy Note 3 is also the official handset of the Winter Olympic Games which will be handed to athletes and employees during the Games. 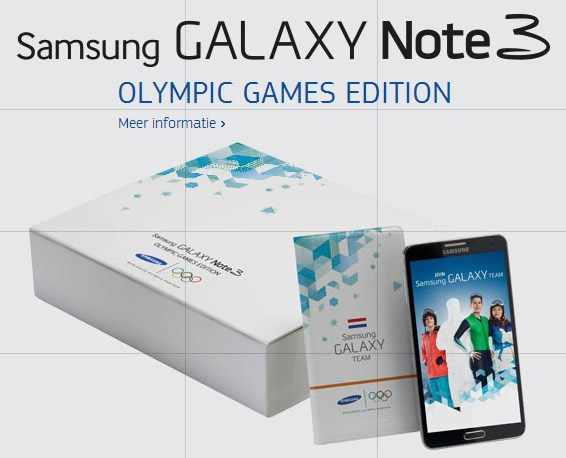