Folks over at Samsung Exynos have just started to post teasers for their event at CES 2014 in Las Vegas. As always, Samsung Exynos will be announcing their next generation SoCs, hopefully also unveiling the much rumoured 64-bit chip as well. But, the thing which strikes us the most about their tweet is the hashtag, ‘#UnlockExynos’.

#CES2014 is right around the corner. Are you ready to #UnlockExynos?: http://t.co/TnRR07LeIY

It could potentially mean that Samsung might update their previous SoCs featuring ARM’s big.LITTLE technology with Heterogeneous Multi-Processing (HMP) Capability. Let me explain this a little more in detail.

However, what the software is unable to do is that it can’t activate all CPU cores or selective CPU cores from both ‘big’ and ‘LITTLE’ clusters simultaneously. So, this is where Heterogeneous Multi-Processing (HMP) comes into play. With HMP, all eight of the CPU cores in the Exynos 5 Octa SoC can be utilised at the same time. Using a global load balancing scheduler, HMP can assign a single core to handle a task with low computational intensity in order to maximize power efficiency. 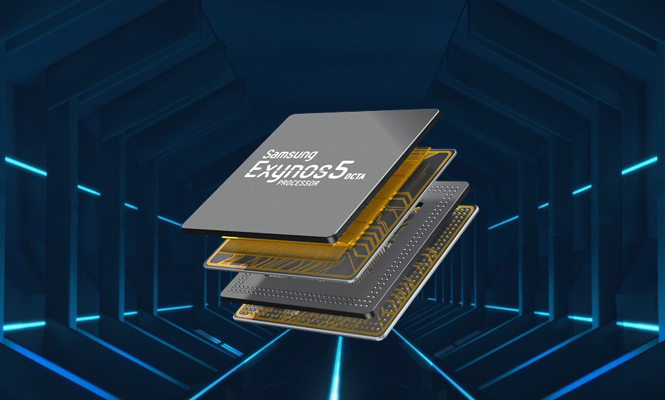 The good news is that Samsung’s Exynos 5 Octa SoC already features HMP capability but it’s been disabled as there is no support at the software side (kernel), but it’s relatively easy to enable this feature in existing devices sporting an Exynos 5 Octa SoC. Samsung Exynos just needs to add support for HMP in the kernel and push it via a software update to the device and voila!

We are really excited for this event and can’t wait to see what Samsung Exynos has accomplished with their next generation SoCs.

UPDATE: We have just received info that the existing Exynos 5 Octa (Exynos 5410), the one in the Galaxy S4, is missing HMP implementation at both hardware and software level so it is impossible to activate HMP on it. While Exynos 5 Octa (Exynos 5420), the one in the Galaxy Note 3, does feature HMP at hardware level but the software implementation is missing and we can’t confirm if Samsung will activate it in the near future. However, we can surely confirm that Exynos 6 will definitely have HMP activated out of the box.