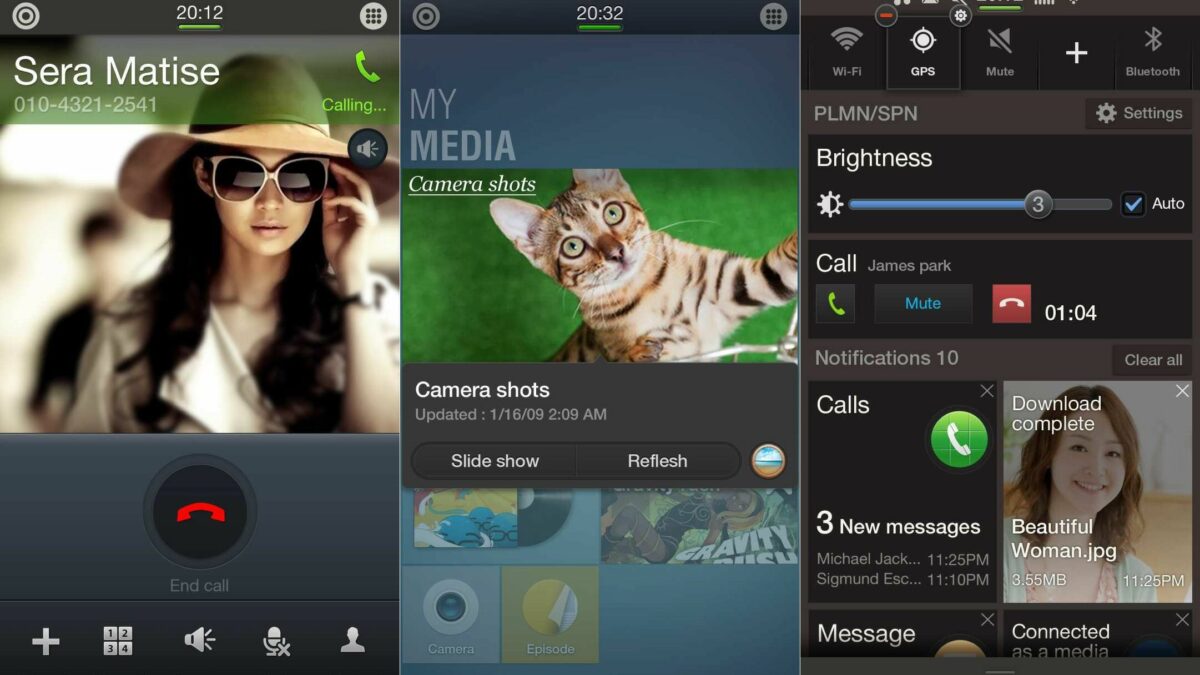 Well, we’re not sure if this is the “new” or latest version of the interface, but a batch of images of the Tizen user interface found on the Korea Intellectual Property Rights Information Service database show a radically different design than what we’ve seen before. The images show off various apps, like the dialer, Contacts, Messenger, Calendar, and also the notification area, and everything looks quite good (if not exactly great), certainly better than the now stale TouchWiz design we have on Samsung’s Android phones, so hopefully this will make it into the final version of Tizen when phones running on the new OS are launched.

A few similarities to TouchWiz can be seen as well, mainly in the notification bar icons, and a few TouchWiz features, like Driving Mode and S-Beam are also visible – Samsung has been rumored to be making Tizen as feature-packed and complete as possible before launch, so don’t be surprised if you see many of the Samsung features you’ve seen on Android on Tizen as well. There are a few spelling mistakes in the text, but that is likely because Samsung hasn’t gotten around to translating everything from Korean to English completely.

Take a look at the UI’s pictures below, and let us know what you think!

Update: As it turns out TizenBlog Indonesia told us it is an old UI from Tizen 2.1.

Last month, Samsung unveiled the 43-inch Odyssey Neo G7 gaming monitor. It was first announced for the South Korean market, and a few days later, its launch was announced for Taiwan. The South Korean firm has now announced its availability for global markets. The company said that the monitor would be available in most important […]