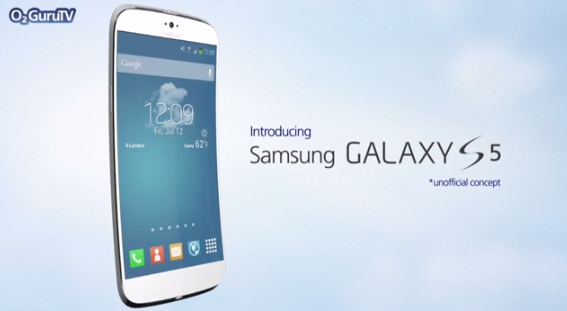 One of the expected Galaxy S5 variants, the SM-G900F, has once again shown up in a benchmark, this time on AnTuTu’s benchmark database. The AnTuTu team says it’s “almost sure” this is the international variant of the device, but comparing the benchmark results to all the leaks about the S5’s hardware, it’s possible we’re looking at a prototype that isn’t yet running the final hardware.

The main pointer towards the fact is that the benchmark shows a screen resolution of 1,920×1,080 pixels instead of 2,650×1,440 – it’s possible the 2K display is not yet ready for use, and Samsung is simply testing the rest of the device by using a standard 1080p display at the moment (perhaps so carriers can start testing the S5 on their networks early). Other specs of the phone match those rumored and leaked before – there’s a 2.5GHz Snapdragon 800 (MSM8974AC) processor, 3GB of RAM, a 16-megapixel rear camera (likely an ISOCELL unit) and 2-megapixel front-facing camera, and Android 4.4 KitKat – and are as high-end as one would expect, though that might not remain the case when the Galaxy S5 launches, so hopefully Samsung is doing all it can to make its next flagship as top-of-the-line as possible. 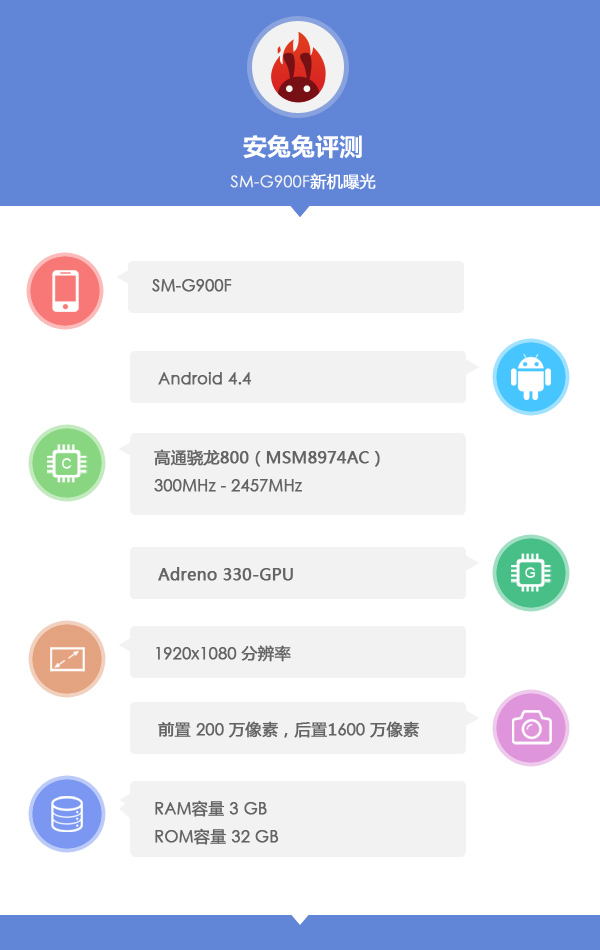