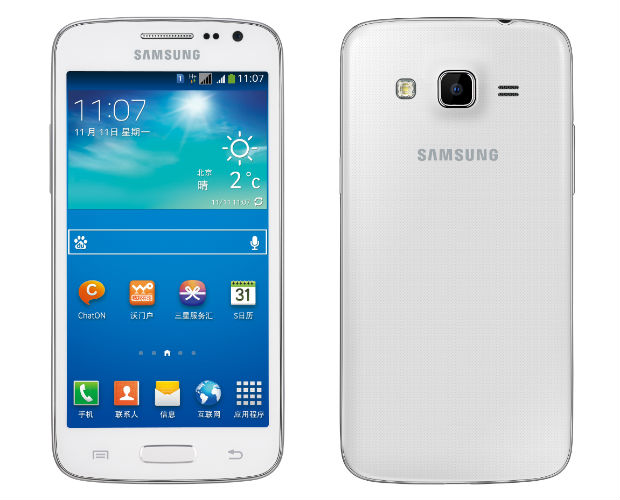 The phone is equipped with a 1.2GHz quad-core processor and supports dual-SIM (3G+2G) functionality. Furthermore, it runs Android 4.2 with TouchWiz UI out of the box and features a 4.5-inch qHD display (960×540), 5 megapixel main camera, front-facing camera, 2100mAh battery and the usual Bluetooth, Wi-Fi and GPS.

There’s no word on the price or the release but given the phone has been listed on the website, an official announcement is nigh.

The Samsung Galaxy Win was launched almost two years back. The time is ripe now for a successor and Samsung ha …

T-Mobile users in United States will soon get a new device from Samsung, according to the latest leak. The dev …