Yesterday, Samsung gave us a lot of details about its plans for upcoming smartphones and tablets at its Analyst Day event, and confirmed that its flagship devices would all use 16-megapixel cameras next year, including the Galaxy S5 and Note 4. Now more details are coming in on the matter, and it seems like Samsung will be using its recently unveiled ISOCELL technology on the 16-megapixel camera sensors, something which we already suspected.

ISOCELL technology allows for better low-light photography, while also producing images with better color reproduction, sharpness and richness compared to the BSI technology used today. Which means we can expect to see impressive imaging skills on Samsung’s next hero devices, though we’re still waiting on confirmation of whether optical image stabilization (OIS) will be included as well. It better be, or Samsung will be the only manufacturer that’s sitting on the sidelines while OIS becomes an industry norm for smartphones. 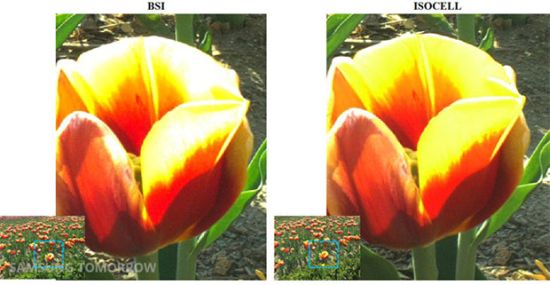