Can’t make up your mind about the Galaxy Note 3, Samsung’s latest and most powerful phablet, and are still wondering whether it’s a device you should upgrade to from your current device? Well, Samsung wants to help, so the company has released a new app called Galaxy Note 3 Experience, which, as the name suggests, will let you experience some of the features of the device on any Android device.

You can try out a lot of the phone’s features, including S Pen ones such as Air Command, Pen Window (floating apps), and Action Memo, Multi Window, S Finder, and more. It even has a couple of Galaxy Gear features to show off, including Glance Notifications and the ability to pick up calls from the smartwatch. Also included are details about the device’s accessories, like the new S View Cover, Flip Wallet, S Charger Kit, and even the S Pen stylus. 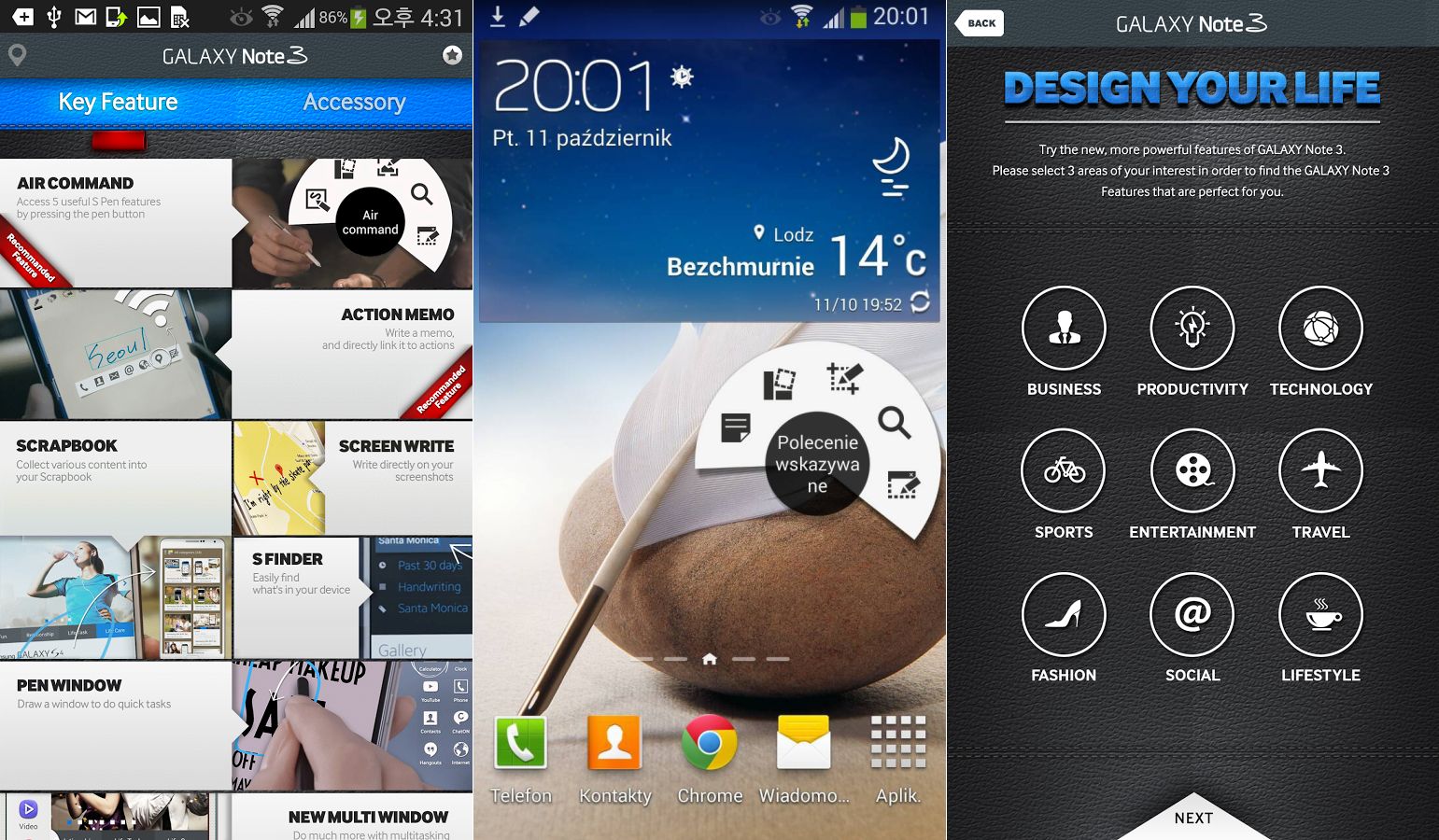 It’s a pretty nice app that lets you try out these functions and also includes hands-on videos, so you can sit back and see what all the hoopla around the Galaxy Note 3 is all about. Give it a go by downloading it from the Play Store, though you’ll need Android 4.1 and above to be able to install it. Oh, and don’t forget to read our review of the Galaxy Note 3 as well.