Samsung SM-G910S gets certified in Korea, could be the Galaxy Round with flexible display 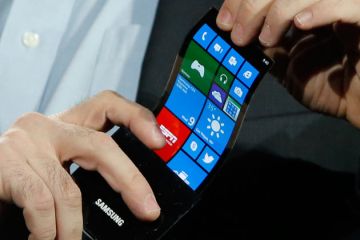 Last week, we speculated that a Samsung device with the model number SM-G910 could be the company’s upcoming smartphone with a flexible display (which is now rumored to be called Galaxy Round). Now, the same device has been certified in South Korea with model number SM-G910S, and we can’t help but feel that will indeed be that flexible display-toting smartphone we’re all impatiently waiting for.

The biggest pointer towards the possibility of the SM-G910S being the Galaxy Round is the rather different model number scheme Samsung is using compared to its other devices. Samsung is expected to produce the device in limited quantities, and South Korea could be the first market where it is launched, with perhaps a few weeks of exclusivity before an international launch takes place.

As for the hardware, the Galaxy Round is rumored to have the same specs as the Galaxy Note 3, with a 5.7-inch display that is curved along the edges. It is expected to be announced this week, but since Samsung hasn’t scheduled any event that we know of, it’s possible the announcement might come in late October or early November.