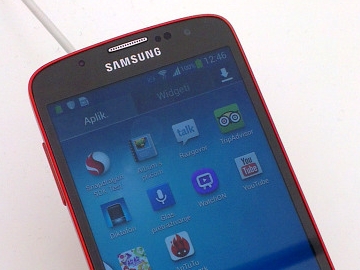 Folks over at Hi-Tech.Mail.Ru have just leaked entire specifications of the Samsung Galaxy S4 Active and the Galaxy S4 Zoom. Both of these devices, along with the Galaxy S4 Mini, are expected to be officially unveiled by Samsung at their PREMIERE 2013 GALAXY & ATIV event on June 20 in London, UK.

According to Hi-Tech.Mail.Ru, the water and dust-proof Galaxy S4 Active will pack a Qualcomm Snapdragon 600 CPU clocked at 1.9GHz, Adreno 320 GPU, 2GB of RAM, 8 Megapixel rear facing camera and a 2.1 Megapixel front facing camera, both sensors are capable of shooting 1080p videos at 30 FPS. The device will feature a 5-inch Full HD (1080p) Super AMOLED display, 16GB of internal storage with a MicroSD slot for storage expansion, Bluetooth 4.0 + LE, Wi-Fi 802.11ac, NFC, IR Blaster and a 2600 mAh battery. The device will have LTE support as well. Internally, The Galaxy S4 Active is exactly the same as any other Samsung Galaxy S4, except the camera sensor difference, but externally it’s a very tough device. The Galaxy S4 Active’s design is no secret as it was leaked in several pictures before.

Now let’s talk about the Galaxy S4 Zoom. As reported earlier by SamMobile, the device will be equipped with a Dual-Core processor with a clock speed of 1.6GHz, a 4.3-Inch qHD (960×540) Super AMOLED display, 16 Megapixel main camera shooter with 10x optical zoom and 1.9 Megapixel front facing camera. The device will have 8GB of internal storage with a MicroSD slot for storage expansion, Bluetooth 4.0 + LE, Wi-Fi 802.11n and a 1900mAh battery. The Galaxy S4 Zoom will not support LTE. Btw, we already leaked these specifications

Both of these devices will run on the latest version of Android, and that is 4.2.2 (Jelly Bean), with Samsung’s own TouchWiz Nature UX layer on top of it.

Samsung Galaxy S4 Zoom (SM-C101) has just made an appearance over at the FCC. Samsung Galaxy S4 Zoom isn’t yet officially announced by Samsung but the device has been circulating around the rumour mill for quite some time now. The Korean-giant might unveil this device at their Premier 2013 event on June 20 in London. The Galaxy S4 […]

Previously, the international variant of the Samsung Galaxy S4 Active got leaked in a variety of pictures and this time @evleaks has leaked the AT&T variant of the dust and water-proof device. The Galaxy S4 Active is yet to be officially announced by Samsung itself. We think the Korean giant will unveil the device, along with […]