Samsung busy to get patents for flexible displays for tablets

Samsung is currently busy to get patents on flexible display’s for tablets. New patents by patenbolt have confirmed this. The future of flexible display is ready to start from 2014. Samsung worlds biggest electronics maker wanst to be the leader in this. In the first place Samsung expects flexible displays will be used in televisions, mobile phones and tablets. Samsung’s biggest rival in flexible displays would be LG. LG received money from the korean government to develop such of displays. Samsung’s new OLED factory will be ready in 2014. And we could expect a big fight between both companies on the customer market, which will be good news for us!

In design patents, the dotted lines aren’t officially a part of the physical design. And yet the industrial designer/engineer is clearly making an effort to convey a distinct visual that supports some kind of tablet work space. Whether that will translate into a virtual keyboard, gaming control area or for use with a stylus is unknown at this time.

View the patens below. 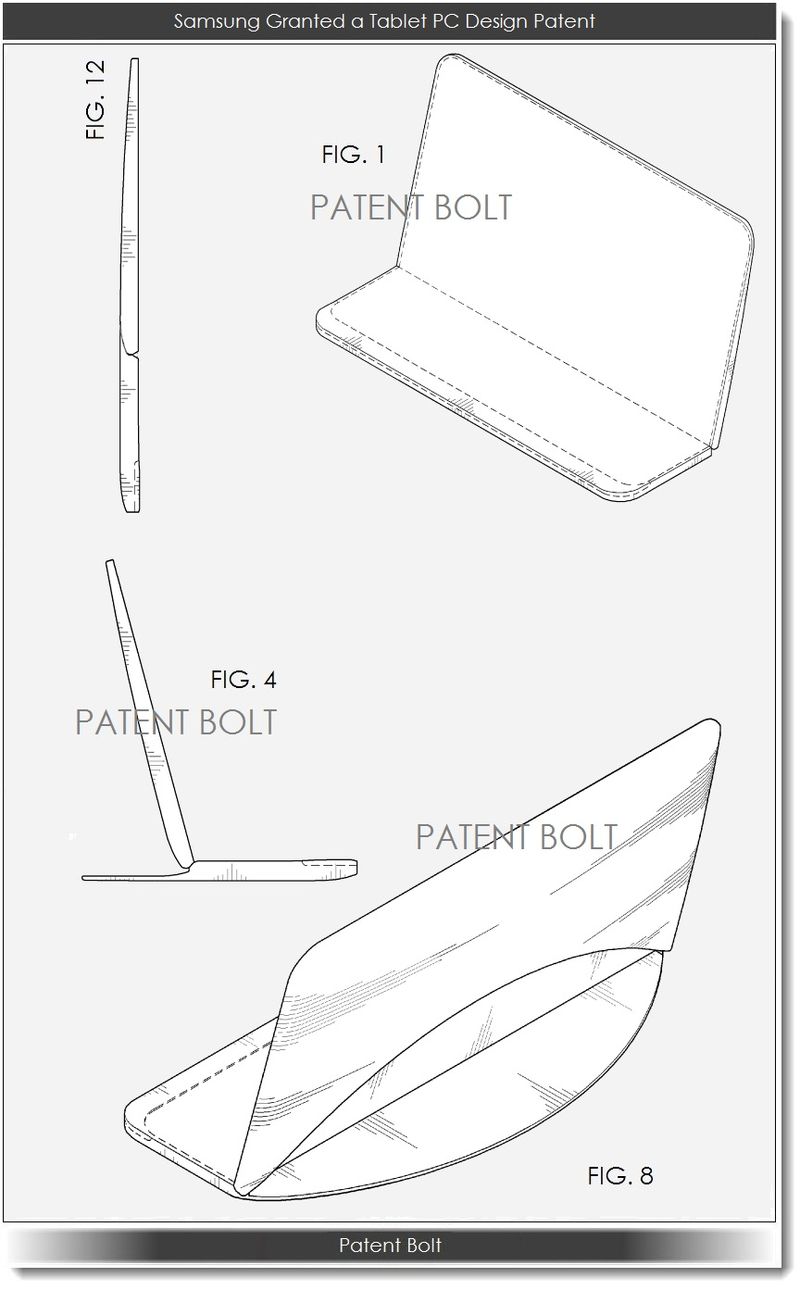 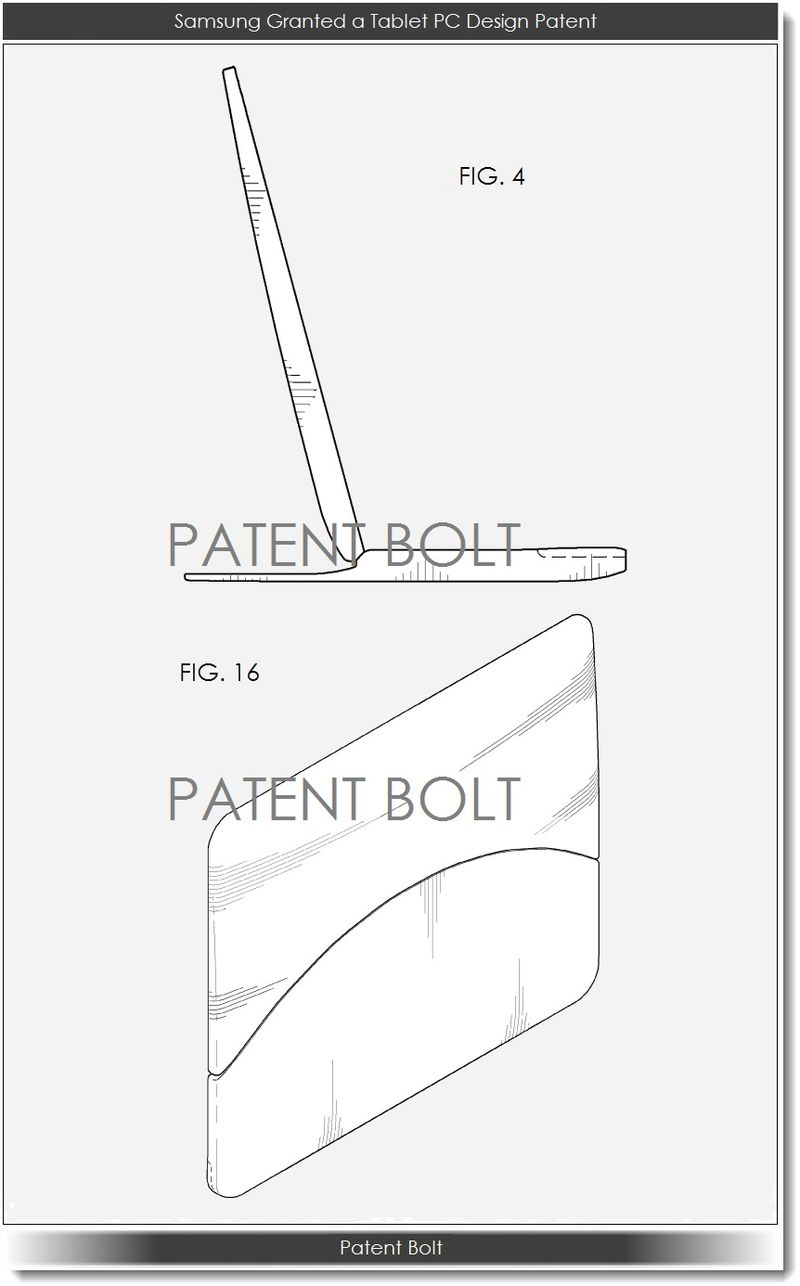